Sutherland Captain not overawed by having Smith back in grade

While most eyes will be on Steve Smith on his return to grade cricket, spare a thought for Chris Williams – the PE teacher whose job it will be to captain the former Test skipper.

But after a week in the classroom Williams won’t need to be doing any teaching to get the best out of his star pupil this weekend.

Williams is believed to be the last player still at the club who has played with Smith at Sutherland. They have known each other since Williams opened the batting with a then 16-year-old Smith in third grade.

They also played under-21s cricket together, while Williams also enjoyed a season under Smith’s leadership in first grade.

“It’s been an interesting thing. A few people have asked me ‘are you still going to be captain?’ It’s a bit odd but I’ve played with him before,” Williams said. “I’ve spoken on the phone to him. He’s a normal guy at the end of the day, cricketers are mostly.

“I’ll continue to learn everyday off him. I certainly don’t know everything, I’m willing to listen. He’ll settle into the team, he doesn’t know everyone yet but I’m sure he’ll contribute in a leadership capacity.

“It’ll be a bit odd if I have to ask him to go down to fine leg for a of couple of overs or something.

“If I hadn’t met him before maybe it would be more difficult. The fact we know each other is something that makes it a bit easier for us. He’s just another guy who has played through Sutherland. He’s a good person, we’ll be fine. If I get suggestions I’ll learn from him.”

By the time Sutherland host their NSW Premier Cricket season opener against Mosman on Saturday it will have been 1456 days, almost four years to the day, since Smith last played for his boyhood club.

Smith captained Australia in 34 Tests, the last the notorious third Test at Cape Town against South Africa in March. Smith was sent home because of his role in the ball-tampering scandal, with Cricket Australia banning him from international and domestic cricket for one year and from holding a leadership position for two years.

But the 29-year-old is able to play grade cricket and is required to complete 100 hours of voluntary service in community cricket.

A teacher by trade at Liverpool Boys High School, Williams is a veteran of 111 first grade games for Sutherland, leading the Sharks to the semi-finals in all three formats last season.

While Smith’s inclusion might overawe many grade teams, it is unlikely to be as much of an issue for Sutherland. 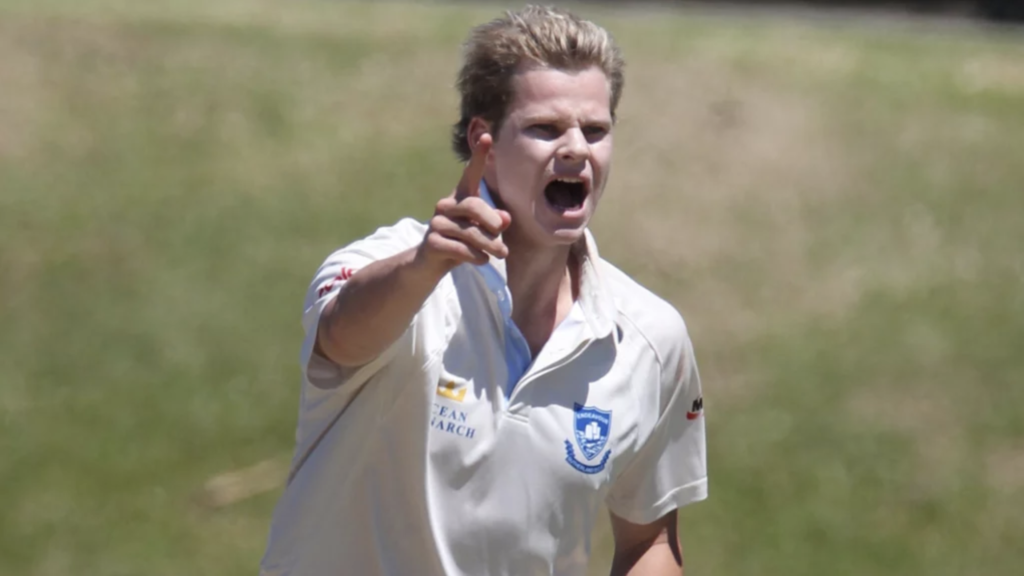 This is a team that had Shane Watson, another former Test captain, play roughly a third of last season for them. Watson will also line up for Sutherland on Saturday, and club officials praise how accommodating he has been and how much of a positive influence he has been around the club.

It is also a team that regularly has one of the sport’s legendary figures, Steve Waugh, running drinks and pushing sight screens for them. The father of one of the team’s young stars, Australia under-19s representative Austin, Waugh also offers Williams timely advice when necessary.

“But it will be a great experience to learn off them with what they’ve achieved in cricket. Watto was real good last year and knows Smithy really well. Watto was so generous with his time around the club.

“Smithy’s time with us was meteoric. His abilities were amazing. I was lucky to play with him then. I probably thought it was the last time I’d play with him.

“He’s become the best batsman in the world. It’s a pretty amazing thing to have have available now.”

Smith was Sutherland’s youngest ever first-grade captain as a 19-year-old. He was named in Sutherland’s team of the past 50 years in 2015, having played 68 first-grade matches. He has scored 3149 runs at an average of 49.20 – the highest average of any player to have scored at least 1000 runs in first grade for Sutherland.

It has been a busy time for Smith, who married his long-term partner Dani Willis in the Southern Highlands on Saturday.

Williams says Smith just wants to be one of the boys at Sutherland. But it is unlikely the former Test skipper will be spending any time at bat pad. “Not unless he does something really silly,” Williams says with a laugh.